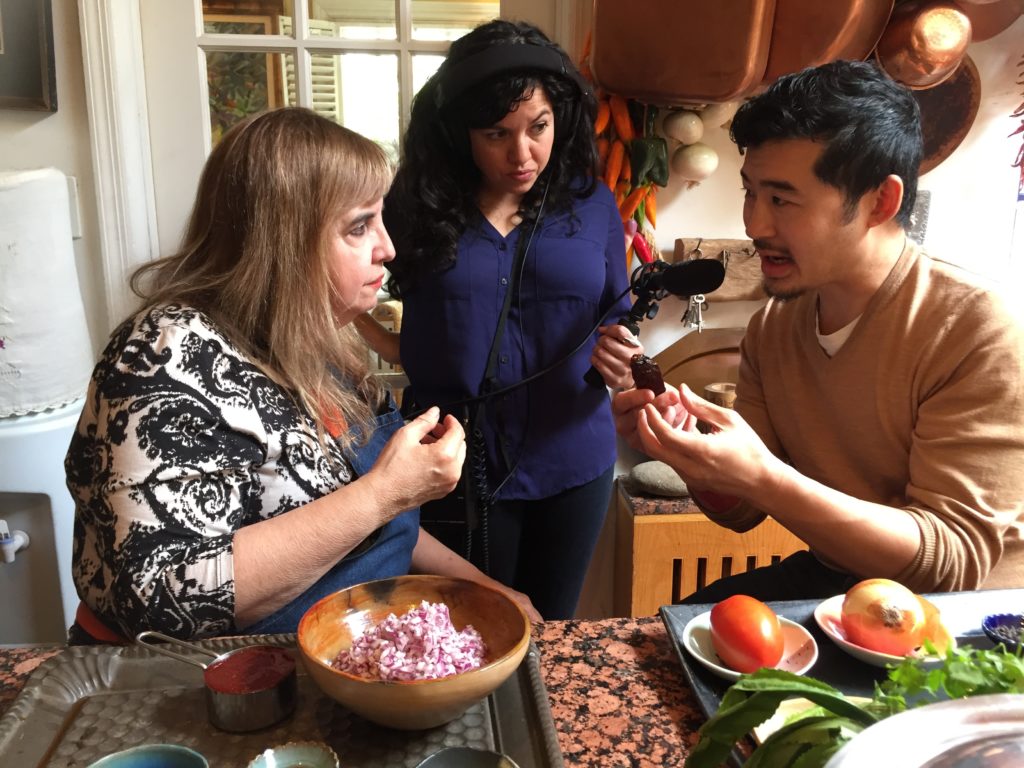 When food writer and former “Top Chef Masters” judge Francis Lam was a teenager, he poo-pooed lots of things. But never food. For as long as he can remember, Lam was obsessed with eating, whether it was fried noodles made by his Chinese immigrant parents or sloppy joes in the high school cafeteria.

So it made sense that Lam would make food his profession. He graduated first in his class at the Culinary Institute of America and went on to have a successful career as a food writer, notably penning the Eat column for the The New York Times Magazine.

But recently, Lam changed direction slightly when he slipped into some big oven mitts belonging to Lynne Rossetto Kasper, the host of public radio’s long-running cooking show, The Splendid Table. When Rossetto Kasper announced her retirement, Lam was tapped as her replacement.

The Splendid Table is one of the most iconic public radio shows on the air. It is so famous that it inspired a “Saturday Night Live” spoof called The Delicious Dish, which you should really revisit if you’re a fan of public radio. And now the flambé torch has been passed to a new generation. So hold onto your tongs, kids — there’s a new cook in the kitchen.