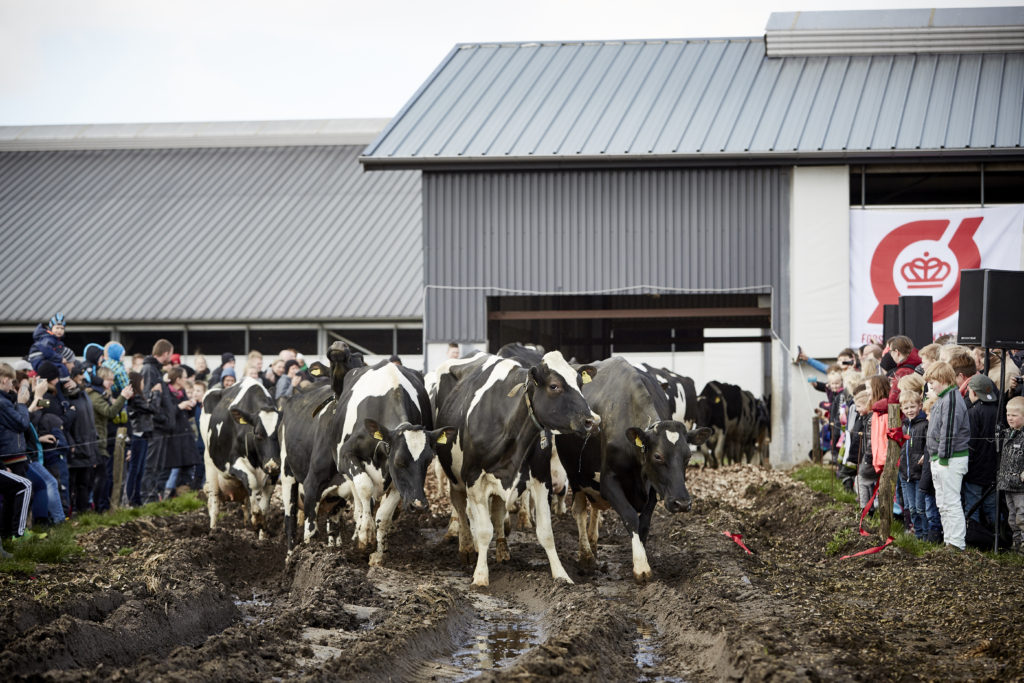 Spring cows bursting out of their barn after a long Danish winter. There's a metaphor in there somewhere. Moment Fotografi/Organic Denmark

But the medium that we all love so much isn’t just big in the U.S. Podcasting is making the rounds all over the world. One of the places where the medium has really caught fire is Denmark. Susanna Sommer, host of Danish Radio’s P1 Podcaster is my Scandinavian sister from another mister. But with better fashion. And a huskier voice.

Have you ever wanted to know what’s going on in a musician’s mind when they’re writing a ditty? Then Song Exploder is the show for you. Host Hrishikesh Hirway picks a song and explodes it into its component parts. Or rather, the artists themselves explain why they picked that particular drum loop or where the lyrical inspiration came from. In a way, it’s like revealing a magic trick, but with a far more satisfying outcome.

They say that imitation is the highest form of flattery (who’s “they”?!). And our new pal Benedikte Granvig of the Danish podcast, Selvskrevet, is totally OK with that. Her show is basically a Song Exploder for the Nordic set. It’s mostly in Danish, so if you’re trying to brush up on your more guttural world languages, now’s your chance.

Switching gears ever so elegantly, nearly 30 years ago, the nation was rocked by a kidnapping in Minnesota. Eleven-year-old Jacob Wetterling was snatched while riding his bike home from a convenience store. The case remained unsolved — until very recently, when a man named Danny Heinrich admitted to the crime. The investigative reporters at In The Dark dive deep into the case to figure out what went wrong and the ramifications of the crime both in Minnesota and around the country.

You know there are those guys who are just good at everything? Or errthang, as it were. Al Letson, host of Reveal (and Errthang), is the original radio Renaissance man. He’s an actor slash radio host slash slam poet slash comic book author. The man does it all! And he’s got great hair and loves the ladies (who podcast). Al recommends:

So check ’em out!

Thanks for reading, pals! ‘Til next time … keep listening, America.