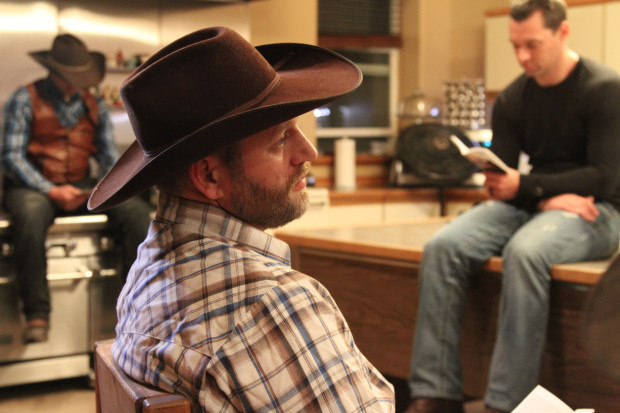 Ammon Bundy and fellow occupiers at the Malheur National Wildlife Refuge in Oregon are now on trial as a result of their 40-day standoff with federal authorities. Conrad Wilson/OPB

Salamander crossings, Senate hair care, printing (come on — what about the trees, guys?!). But did you know that your hard-earned bucks also went to podcasts? Yep! Various government agencies have gotten into the podcasting biz recently. And one of our faves is the GAO Watchdog Report … even though we teased them a little in a previous episode.

Remember when Donald Trump told all American Muslims during the second presidential debate that they needed to report stuff? Well, Taz Ahmed and Zahra Noorbaksh have been reporting stuff. For a while now. Just maybe not the stuff the Republican presidential candidate meant. The pair are the podcasters behind the monthly show, #GoodMuslimBadMuslim. They take on thorny issues like Islamophobia, as well as lighter topics like dating as Muslim women. Theirs is a perspective that many Americans never get to hear in mainstream media.

If you can think back to January, you’ll remember that a few dozen anti-government protesters captured the nation’s attention for 40 days. That’s how long Ammon Bundy and his group of occupiers stood their ground at the Malheur National Wildlife Refuge in Oregon. Now Bundy and his compatriots are on trial and our pals at Oregon Public Broadcasting are covering the trial. But in fairly novel way — with a podcast. This Land Is Our Land covers the ins and outs of the trial and gives the backstory of the occupation.

Does all this podcasting make you hungry? Yeah, it does! So let’s do some snacking with Tina Antolini of the podcast, Gravy. She lets us in on what podcasts are filling her plate. Tina recommends:

Do you have a podcast recommendation you’d like to share with us? We want to hear it! Give us a jingle on the Pod Line at 202-885-POD1 and leave a message. Then we’ll put you on the radio and your friends will die of jealousy.