The Future Is Podcasting

The Future Is Podcasting 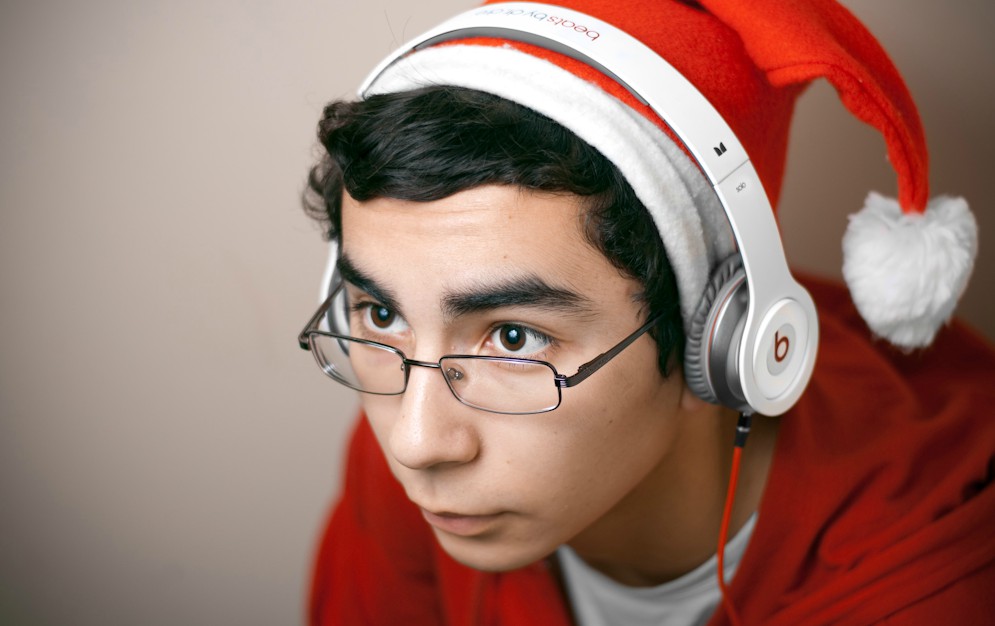 This human-sized elf loves podcasts. And so do you! Christmas Unicorn/Flickr

Hey, pals. It’s been a red-letter year for podcasts. An embarrassment of riches, one might say.

As such, 2016 brought so many great guests on The Big Listen. This episode, we revisit some of our favorite segments of the year — discussions with the folks behind the shows In The Dark, Why Oh Why and Making Oprah.

Plus, we take a deep dive into the highest court in the land with one of our favorite new shows — WNYC’s More Perfect. The Supreme Court is going to be very much in play in 2017, so we get the scoop on what’s coming down the pike.

And our brand new foreign correspondents, The Auditors, give us their podcast recommendations for 2017. Oooh, what fun!

Wendell Sayers was a deeply closeted black man who as a child in the 1920s was sent to the Mayo Clinic to figure out why he wasn’t like other boys. Sayers later went on to have a successful legal career, despite being branded a homosexual. To know that there was a time when doctors would diagnose homosexuality as an incurable illness, and that people could overcome that stigma, is both devastating and inspiring.

In The Dark: “Stranger Danger”

What makes this show stand out is that it isn’t a prurient exposé of a crime against a child. It is the story of the chilling knock-on effects the murder had on a nation. This particular episode details the how the crime led to the passage of the nation’s first sex offender registry and how that registry has had unintended consequences for communities around the country.

Politically Reactive: “Dave Zirin On Loving And Hating The Olympics”

Dave Zirin is a sports writer at The Nation and the host of the peerless podcast, Edge of Sports. He’s crafted a career at the precise center of the intersection of sports and politics. Politically Reactive, hosted by comedians W. Kamau Bell and Hari Kondabolu, lives at the intersection of comedy and politics. And the three of them together talking about the Olympics is a podcast dream come true.

Sleepover invites three strangers from all walks of life to have a hotel pajama jammy-jam with host Sook-Yin Lee. Each person gets a chance to unpack a personal challenge with the group, like Judy’s search for love and connection as a disabled senior. The result, especially in the selected episode, will renew your faith in humans and our boundless capacity to love.

In this episode, host Andrea Silenzi walks us through a breakup…her own. It’s an intimate portrait of love and loss that at times is deeply uncomfortable to hear because of how closely it cuts to the bone. Which is the precise reason you should listen.

The Supreme Court is hot right now. So the Radiolab spin-off couldn’t come at a more perfect time. This episode delves into two cases where the plaintiffs were less than ideal but whose legal battles served as the perfect test cases for laws that activists felt needed to be challenged.

The show’s conceit is this: the hosts, Bobby Finger and Lindsey Weber, try to distinguish the “whos” (unknown, or desperate-to-be-known celebrities) from the “thems” (celebrities with status and cachet) for listeners. In doing so, the pair skewer (and at times celebrate) the absurdity that is celebrity culture…like a no-name television actor coming out as straight or a Christian self-help author coming out as a lesbian.

Historically Black: “Tracking Down A Slave’s Bill of Sale”

This one-off podcast celebrates the opening of the National Museum of African American History and Culture on the National Mall. In this episode, James McKissic, the descendant of a slave named Wilson Woods, tracks down his ancestor’s bill of sale. The original 1862 document lives in a courthouse in rural Tennessee. It’s a powerful exploration of the legacy of slavery for one African American family.

Candidate Confessional: “Michele Bachmann On Her Run For The White House”

Former Republican representative and presidential candidate Michele Bachmann has more than a few tales from her failed 2012 bid for president. Most of them have to do with the sexism and misogyny that dogged her during her campaign. Regardless of politics, it’s hard not to be moved by her story.

Making Oprah: “You Get a Car!”

The best episode of this audio documentary about the Oprah Winfrey Show is by far is the final one, which delves into the making of the big car giveaway in 2004. In meticulous detail, listeners learn just what went into making Oprah’s show the greatest thing on TV at the time, and why the size of the bow on the present matters.

Leave A Message After The Tone:

In this weird, little gem, listeners are asked to call and leave messages in response to specific prompts . Then the responses are stitched together into little five-minute audio amuse bouches for your listening pleasure. In this episode, listeners posit that our favorite Jewish Canadian hip-hop star ends his evenings with a night guard for his teeth-grinding and lots of lotion. More please.

The Auditors are a pair of sisters based in Berlin and Sydney who also happen to run an excellent website/newsletter devoted to podcasts called The Audit. And as of recently, they’re The Big Listen’s new foreign correspondents! We called them up to see what we should put our ears on in the new year and here’s what they recommended:

Do you have a podcast recommendation you’d like to share with us? We want to hear it! Give us a jingle on the Pod Line at 202-885-POD1 and leave a message. Then we’ll put you on the radio and you’ll love us forever.

Thanks for listening, pals! ‘Til next time…keep listening, America. And Happy 2017!