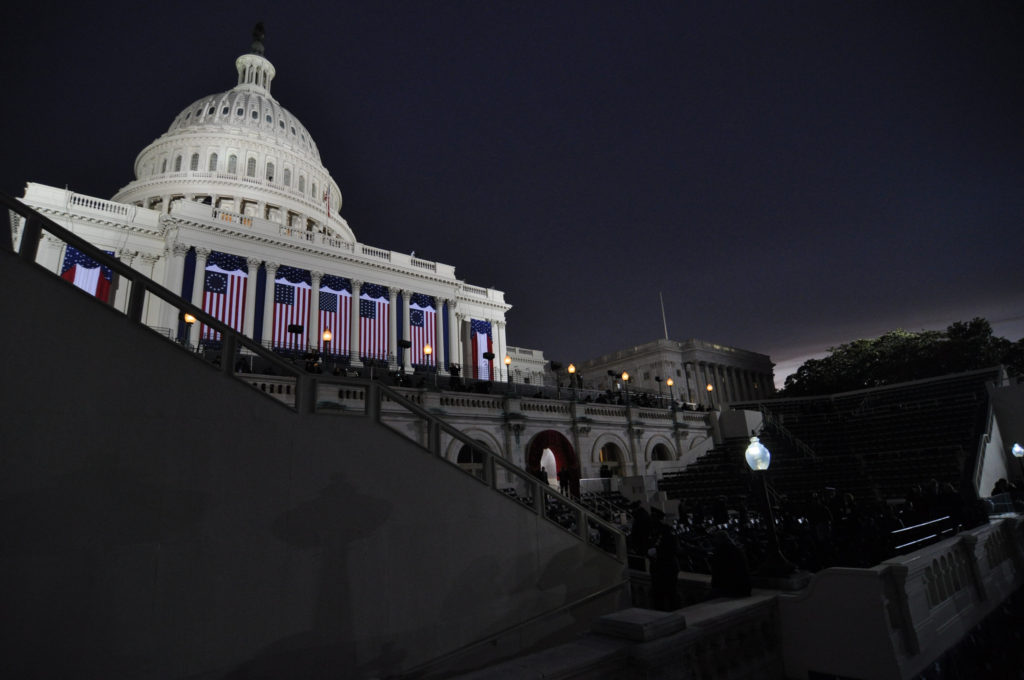 The city is crammed with people who have road tripped here from all over the country — some to cheer, some to protest, some because they got a bargain on a rental car.

Los Angeles comedians Corey Podell and Courtney Pauroso would fall into that last category. The best friends, who host a podcast called We Should Have A Podcast, got a sick deal on a rental car they named Amy. So they set off on a journey to the nation’s capital for the inauguration weekend, particularly the Women’s March on Washington. Along the way, they got a psychic reading from a woman who looked like Janis Joplin, stayed in the Jon Bon Jovi room at an allegedly haunted hotel and made a pilgrimage to Oprah’s birthplace in Mississippi.

We catch up with them along the way to see what they’ve learned about America. Follow their journey on their podcast, but be sure to start with the first episode.

Do you have a podcast recommendation you’d like to share with us? We want to hear it! Give us a jingle on the Pod Line at 202-885-POD1 and leave a message. Then we’ll put you on the radio and you’ll be the toast of the town.