Getting Invisible with Hanna Rosin and Alix Spiegel

Getting Invisible with Hanna Rosin and Alix Spiegel 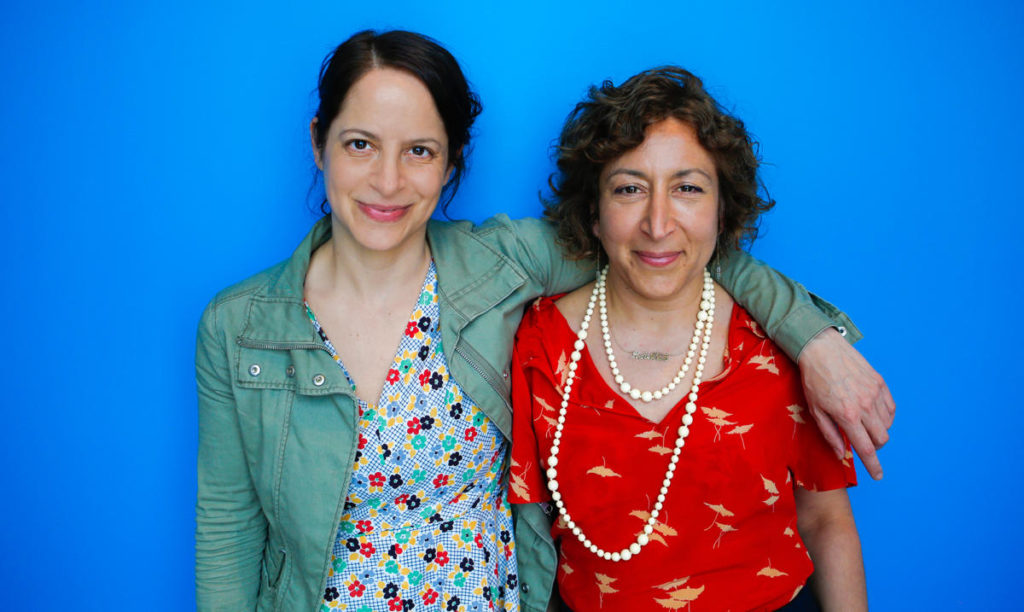 Alix Spiegel (L) and Hanna Rosin are real life besties on the hunt for the invisible forces that shape human behavior. John Poole/NPR

Alix Spiegel and Hanna Rosin are the super duo behind NPR’s Invisibilia, which Spiegel created with Lulu Miller, another super human. Alix is a public radio O.G. from way back. She was one of the original producers on This American Life in the 1990s, back before Ira Glass became every radio producer’s personal hero.

Hanna, on the other hand, had a distinguished career as a print journalist for The Atlantic and Slate. In 2012, she predicted the end of men in her provocative book, “The End of Men.” But audio came calling and she joined the Invisibilia team for season two of the hit show.

Now Hanna and Alix, who are real life besties, have created a totally new idea for the third season — it’s a concept album…about concepts. Specifically, the basic concepts that drive our behavior. So think Beyonce’s “Lemonade,” but for behavioral science. And with better dance moves. Well, almost.

When the pals aren’t digging for the invisible forces that shape human behavior, they listen to a podcast or two. Right now, Alix is listening to the most recent season of Startup from Gimlet. And Hanna is really loving Ear Hustle from Radiotopia. So check ‘em out!

Do you have a podcast recommendation you’d like to share with us? We want to hear it! Give us a jingle on the Pod Line at 202-885-POD1 and leave a message. Then we’ll put you on the radio and holysmokes, won’t that be fun!