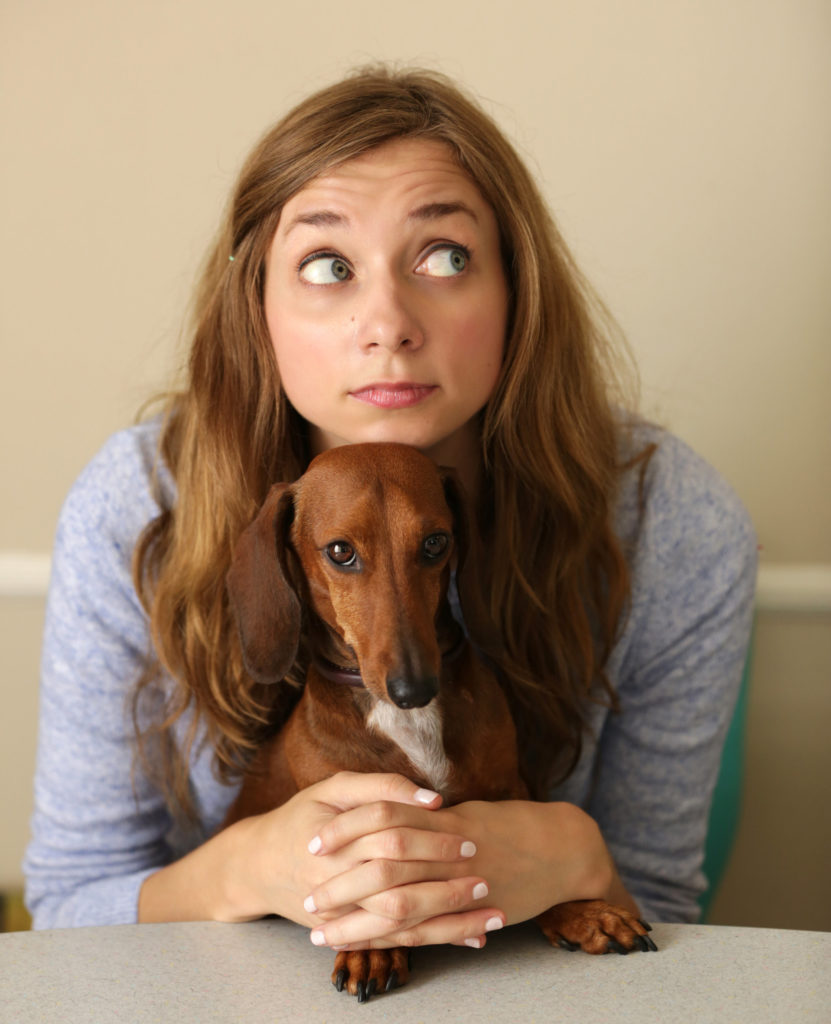 Actress and comedian Lauren Lapkus hates playing herself. And so does her dog, Franny pup. Stevie Nelson

Actress and comedian Lauren Lapkus, best known for her roles on TV shows like Are You There, Chelsea? and Orange Is The New Black, has always loved playing characters. Like child star Victoria Conch. Or the “World’s Most Prolific Bridesmaid” Annabelle Tool. Or Wendy “The Worm” Weidelman, the first female breakdancer. She likes it more than she likes actually playing herself, which is why the premise of her podcast, With Special Guest Lauren Lapkus, is so perfect.

To quote the show’s theme song, she’s the host but she’s always the guest. And the guest is the host, so she’s not really the host. So that means each week Lapkus is tasked with playing a different character based on whatever podcast or radio show the guest invents. Shows like Deep, Deep, Deep, Dark Secrets; or Passions of the Christos; or Women’s Glib. And it’s all improvised.

Lapkus isn’t just into fake podcasts, though. She also listens to real ones. Currently, she’s putting her ears on:

Do you have a podcast recommendation you’d like to share with us? We want to hear it! Give us a jingle on the Pod Line at 202-885-POD1 and leave a message. Then we’ll put you on the radio and your grandma will brag to all of her friends at bridge club!