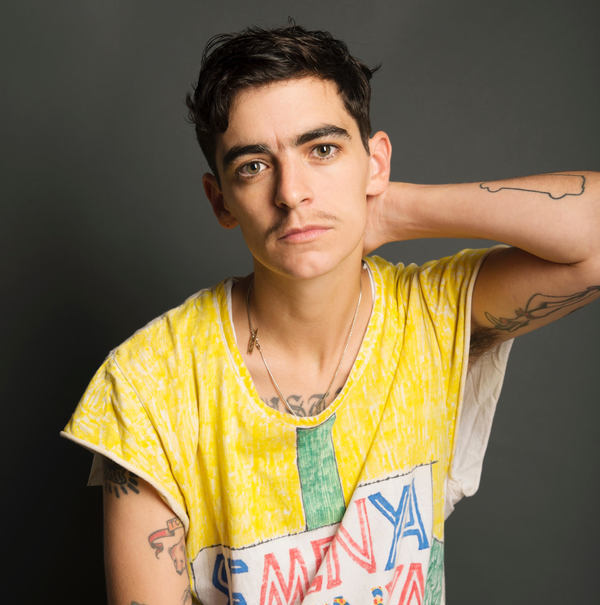 Hey, pals! When JD Samson was just a fresh-faced kid right out of college, she got hired by the feminist electroclash band Le Tigre to basically operate a slide show for their high-octane live shows. A couple weeks after that, band founders Kathleen Hanna and Johanna Fateman invited Samson to join the band.

The band took an extended hiatus in the mid-aughts (though did reunite for this Hillary Clinton campaign song), but Samson continued making music. She toured with Peaches and started her own band, JD Samson + MEN. She also got hired to write music for other artists, including Christina Aguilera and Junior Senior.

Up to this point, most of Samson’s music has been high energy dance tracks with lots of electronic instruments. But when she partnered with the podcast collective Radiotopia to write some ad music for them, she had to pare down her compositions.

Radiotopia’s executive producer Julie Shapiro told Samson to make her music “boring.” And every time Samson would scale back on the instruments, Shapiro would have the same feedback for her: “more boring.”

Ironically, one of Samson’s favorite podcasts of all time — Strange Animals — has no music in it whatsoever. She says the host’s voice is music enough.

This is just one segment from the whole show! Click here to explore the entire episode, including interviews with Nora McInerny host of Terrible, Thanks For Asking and Helen Zaltzman host of The Allusionist.

Do you have a podcast recommendation you’d like to share with us? We want to hear it! Give us a jingle on the Pod Line at 202-885-POD1 and leave a message. Then we’ll put you on the radio and you’ll get all the pumpkin spice lattes you want!