For DeRay Mckesson, It Started With A Newsletter (Encore)

For DeRay Mckesson, It Started With A Newsletter (Encore) 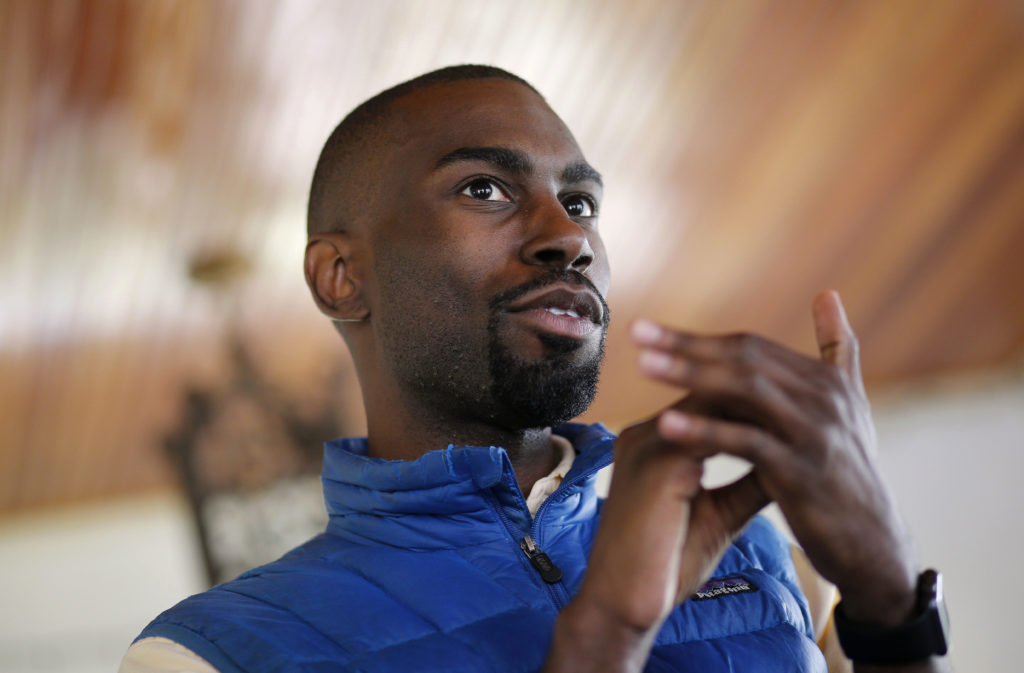 Hey, pals! You probably know that in 2014, a police officer shot and killed unarmed teenager Michael Brown in Ferguson, Mo. His death sparked days of unrest and rioting. It’s also the event that catalyzed DeRay Mckesson’s activism and spurred him to action.

Before then, Mckesson was a school administrator in Minneapolis, pulling down a tidy salary and working normal hours. But when the first signs of protest began in Ferguson, something pulled at Mckesson. He needed to be there. So he hopped in his car and drove nine hours to be a part of fray.

Fast forward to 2017 and Mckesson is one of the most recognizable and outspoken people in the movement for racial and social justice that has emerged since Ferguson. He’s been on just about every cable television show, he has more than a million followers on Twitter and he even ran (unsuccessfully) for mayor of his hometown of Baltimore.

Now the blue-vest-wearing activist has a podcast called Pod Save The People where he holds court with everyone from Edward Snowden to Katy Perry and all kinds of changemakers in between. But he’s not the only one wading into issues of race, identity and division in the U.S. via podcast. Below are a few others in that vein that have piqued our interest.

Do you have a podcast recommendation you’d like to share with us? We want to hear it! Give us a jingle on the Pod Line at 202-885-POD1 and leave a message. Then we’ll put you on the radio and your boss will probably give you a hefty raise!