Environmentalist Bill McKibben On The Value Of Creative Resistance (Encore)

Environmentalist Bill McKibben On The Value Of Creative Resistance (Encore) 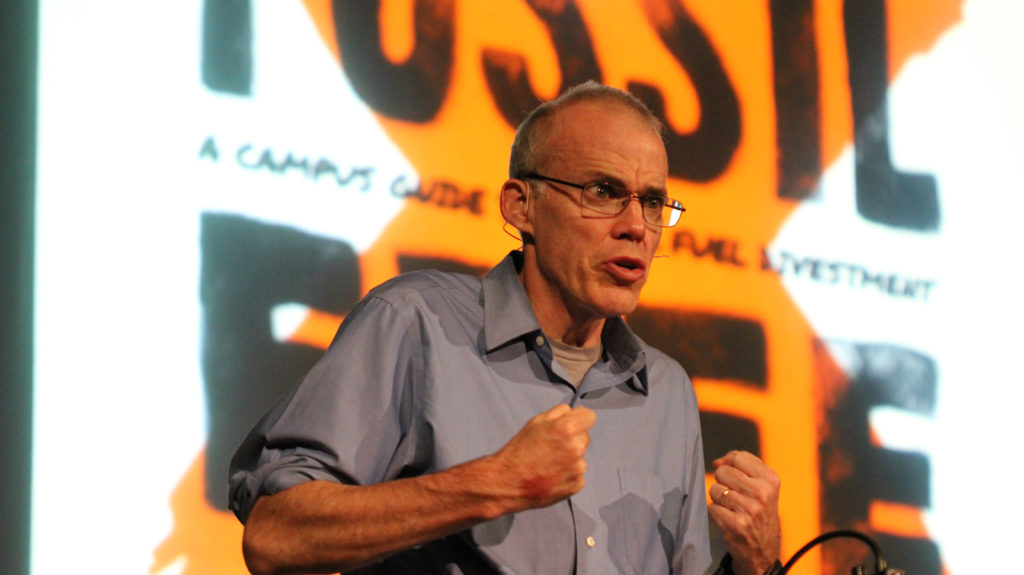 Environmentalist Bill McKibben wrote a novel about Vermont so he'd be less homesick on the road. Steve Liptay

To say that there’s an independent spirit in Vermont is a dramatic understatement. This is the state where Bernie Sanders built his progressive outsider identity. And before it became a state in 1791, Vermont operated as an independent republic for 14 years. And that’s why Vermont is the perfect setting for environmentalist Bill McKibben’s new novel about organized civil dissent, Radio Free Vermont: A Fable of Resistance.

The novel — McKibben’s first — is about a ragtag crew of activists in Vermont, led by a septuagenarian pirate radio/podcast host, who engage in civil disobedience to promote an independent Vermont. It’s a timely book and a creative look at the value of dissent in a representative democracy. But the slim volume is a little outside of McKibben’s oeuvre.

For decades, McKibben, the Schumann Distinguished Scholar at Middlebury College, has been a tireless environmental activist. His 1989 book, The End of Nature, was a clarion call for people to wake up to the seriousness of global warming. But for his most recent book, he needed a break from serious. He needed to write a book that would remind him of Vermont when he was traveling the globe espousing the dangers of climate inaction. Radio Free Vermont is that book. If you love the Green Mountain State (or Bernie Sanders) as much as McKibben, then this book is for you.