On The Battlefield With Veteran (and Comedian) Thom Tran (Encore)

On The Battlefield With Veteran (and Comedian) Thom Tran (Encore) 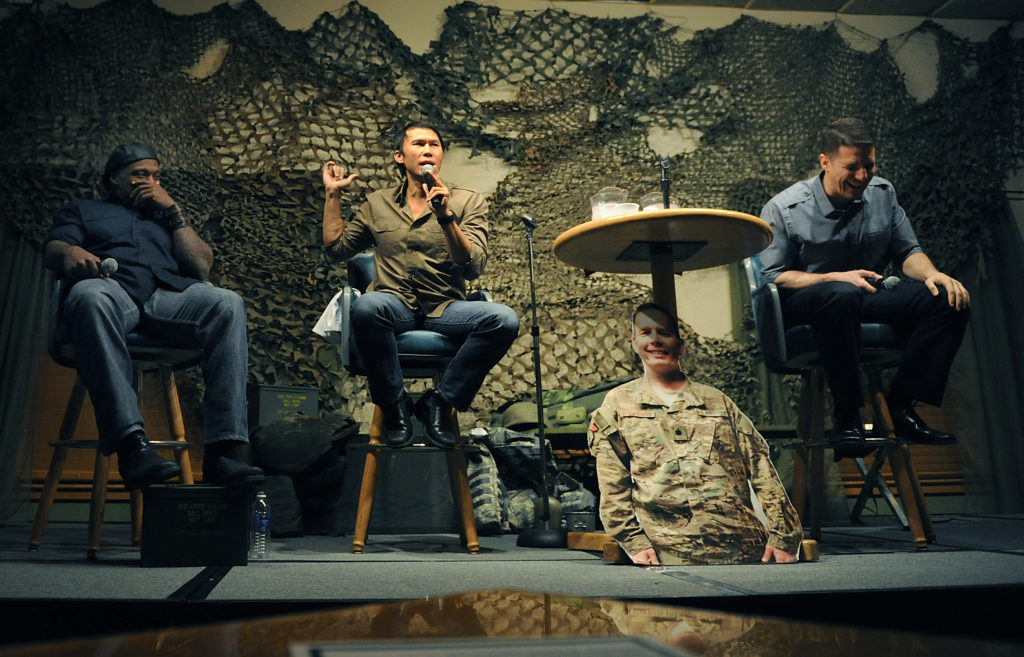 Eljaye Montenegro, Thom Tran and Jose Sarduy perform as part of the GIs of Comedy who travel to different bases and locations all over the world to perform for troops. U.S. Air Force photo by Staff Sgt. Chad Trujillo

Four days into Thom Tran’s first tour in Iraq, he was shot by a sniper in the back of the head. The Army staff sergeant finished his combat tour, but eventually the injury ended his military career. Then he found stand-up comedy. And then he found podcasting.

Tran is now the host of Battle Scars, which is all about the experience of being in war from the perspective of fellow veterans, including medics and morticians, Green Berets and regular GIs. For service members or veterans, the show is validating. For civilians, it’s illuminating.

This is just one segment from the whole show! Click here to explore the entire episode, including interviews with Clare Roth and Anne Jaconette, hosts of For A Bad Time Call, and T.V. legend Norman Lear.