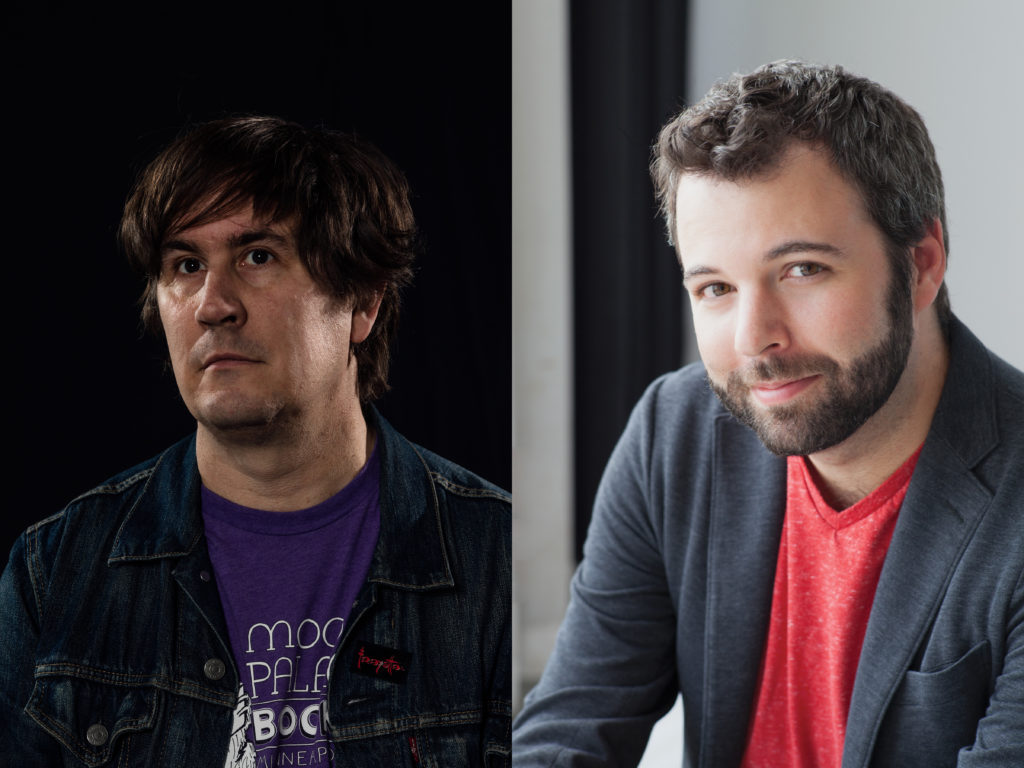 A lot of us have a favorite musician or band. Mine is Dolly Parton. She’s a genius. Someone make her president. But while I love me some Dolly, there’s no way I’d be able to make a podcast with her. I would succumb to cardiac arrest.

But that’s not how Joseph Fink felt. He had no problem asking his favorite musician, John Darnielle, to be his co-host on a show devoted to Darnielle’s band, The Mountain Goats.

Fink is the creator of the podcast Welcome To Night Vale and he has loved The Mountain Goats for as long as he can remember. And he’s always wanted to unpack Darnielle’s albums, song by song. So he started the show I Only Listen To The Mountain Goats to do just that. He began with The Mountain Goats’ 2002 release, “All Hail West Texas.”

Together, Fink and Darnielle explore every song on the album, diving into everything from lyrics to time signatures. And each episode, they invite a musician friend to give their take on the song. So you hear Mountain Goats covers from artists like Amanda Palmer, Andrew Bird and Laura Jane Grace of Against Me! The result is the ultimate fan podcast.

This is just one segment from The Big Listen‘s finale! Click here to explore the entire episode, including an interview with Nicole Drespel, who’s peering into your email InBox.