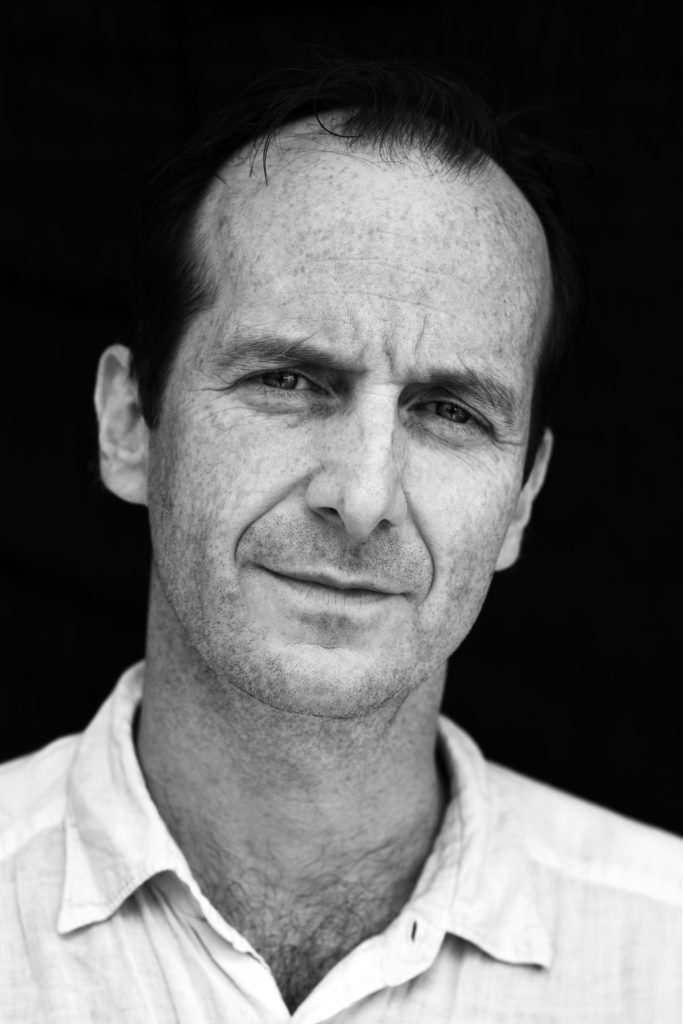 As an actor on stage and screen, Tony Award winner Denis O’Hare has been to his share of benefit dinners and fundraisers. And by his estimation, they are universally terrible. The main course is generally chicken, there’s never enough food and yet people always overeat, and guests are forced to make small talk with strangers for hours. And that’s why dinner parties are such good fodder for murder mysteries. 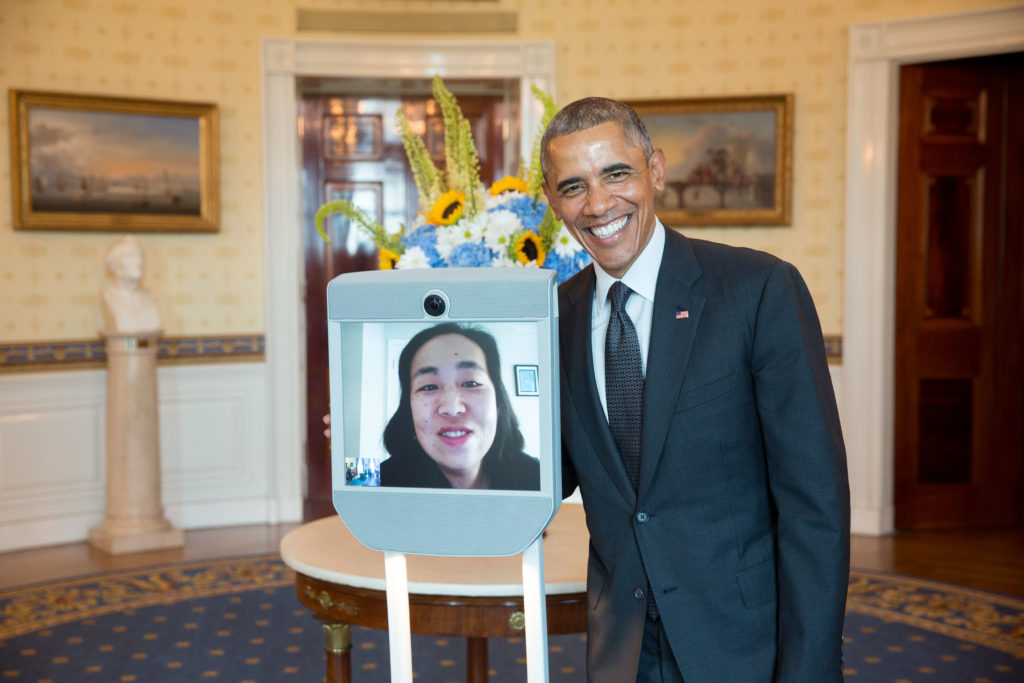 In July 2015, Alice Wong visits President Barack Obama via robot (!) in honor of the 25th anniversary of the Americans with Disabilities Act. (Credit: Lawrence Jackson, Courtesy of Alice Wong)

Disability Visibility — In 2015, Alice Wong became the first person to ever visit the White House or meet the president via robotic presence. Wong, a disability rights advocate, was invited there to celebrate the 25th anniversary of the Americans With Disabilities Act. Today, Wong has added podcasting to her activism, hosting a new show called Disability Visibility. It’s part of the Disability Visibility Project, which she founded in partnership with StoryCorps to preserve the stories of the disability community.

Divided States of Women — 2016 was a rough year to be a journalist. But Liz Plank of Vox seemed to be having fun with it. Her “2016ish” video series was a sassy, millennial, feminist (and decidedly liberal) take on the issues of presidential campaign. Now she’s back with a new video series and podcast (co-hosted by Hitha Herzog) all about her favorite topic — women. They unpack topics like women and guns, dating and infidelity, and body positivity.

Sum Of All Parts — There is one pretty hard and fast rule of radio — don’t put numbers on the air. But Joel Werner is ignoring that rule. In Sum Of All Parts, Werner tackles numbers head-on and tells stories about the way they impact our lives. Just about everything we do is governed by math from playing music to using the Internet, so they’re not something to fear. The show makes numbers less intimidating and helps ease some of the lingering trauma of high school algebra class. Check out this fascinating episode about setting a grand mal seizure to music.

Very attractive listener recommendations: The Dork Forest and The Axis of Ego

Lauren Ober: A couple years ago, Alice Wong received an invitation from the White House.
Alice Wong: In 2015, the White House hosted a reception in celebration of the 25th anniversary of the Americans With Disabilities Act.
Lauren Ober: Yep, Wong uses a machine to help her breathe. But more on that in a bit.
Anyway, she was invited to the White House to help celebrate the anniversary of a landmark piece of legislation signed into law by President George H.W. Bush that prohibited discrimination based on disability. When Wong got the invitation though, she kind of ignored it.
Alice Wong: I didn’t reply because, you know, I don’t fly because of my disability. And you know, there was no way I was going to go there.
Lauren Ober: But the Obama White House wasn’t going to take no for an answer.
Alice Wong: They’re like, oh wait. Actually we have this thing lined up for you. There’s a telepresence robot.
Lauren Ober: A telepresence robot. So picture this — Wong was at home in San Francisco sitting in front of her computer. And using her computer’s video camera, she beamed her face onto a device in the White House that looked like a large iPad on wheels. Which Wong could control from her keyboard. She became the first person ever to visit the White House or meet the president by robotic presence. And she wants that experience memorialized on her epitaph.
Alice Wong: I was able to meet President Obama, which will be something that will be marked on my gravestone — met President Obama in 2015.
Lauren Ober: And all this happened because Wong is a tireless advocate for people with disabilities. And because of technology.
Alice Wong: Technology has a way now of really leveling the playing field for a lot of people with disabilities. So it’s a really amazing time.