Larry Wilmore Is Black On The Air

Larry Wilmore Is Black On The Air 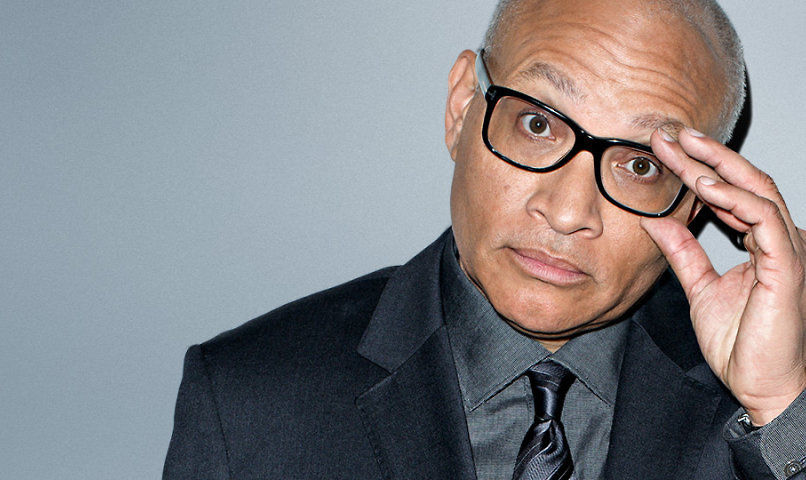 Larry Wilmore is basically running Hollywood, but you wouldn’t know it from his nice dad demeanor. Peter Yang

If you’re like me and you read every single “best of” list for 2017, you probably noticed that two television shows popped up more than a few times — HBO’s Insecure and ABC’s Black-ish are consistent critical darlings and feature some of the best young talent in Hollywood.

Beyond their accolades, the shows have something else in common: Larry Wilmore. If the comedian’s name is familiar, it’s probably because of his turn as the “Senior Black Correspondent” on The Daily Show. Or his own short-lived late show, The Nightly Show with Larry Wilmore. But Larry Wilmore is like a showbiz iceberg — there’s far more going on with him than you can see.

Wilmore has had a hand in producing and writing some of the most popular T.V. shows in recent memory — In Living Color, The Fresh Prince of Bel-Air and The Bernie Mac Show, among others. He’s also the executive producer of Black-ish and he co-created Insecure with auteur Issa Rae. And he’s producing a Black-ish spin-off called Grown-ish.

If all that wasn’t enough, somehow Wilmore has time to host a podcast — Larry Wilmore: Black On The Air. It’s your standard interview show. But there’s something about Wilmore that makes him approachable and charming and like the dad you never knew you needed. Check out this episode about sexual harassment in the workplace with former FOX News anchor Gretchen Carlson. Wilmore’s curiosity and empathy are on full display.

This is just one segment from the whole show! Click here to explore the entire episode, including interviews with environmentalist Bill McKibben, Slate reporter Leon Neyfakh, host of Slow Burn and the hosts of New Hampshire Public Radio’s “Powerline” series from Outside/In.