Letters From War With The Washington Post’s Dan Lamothe (Encore)

Letters From War With The Washington Post’s Dan Lamothe (Encore) 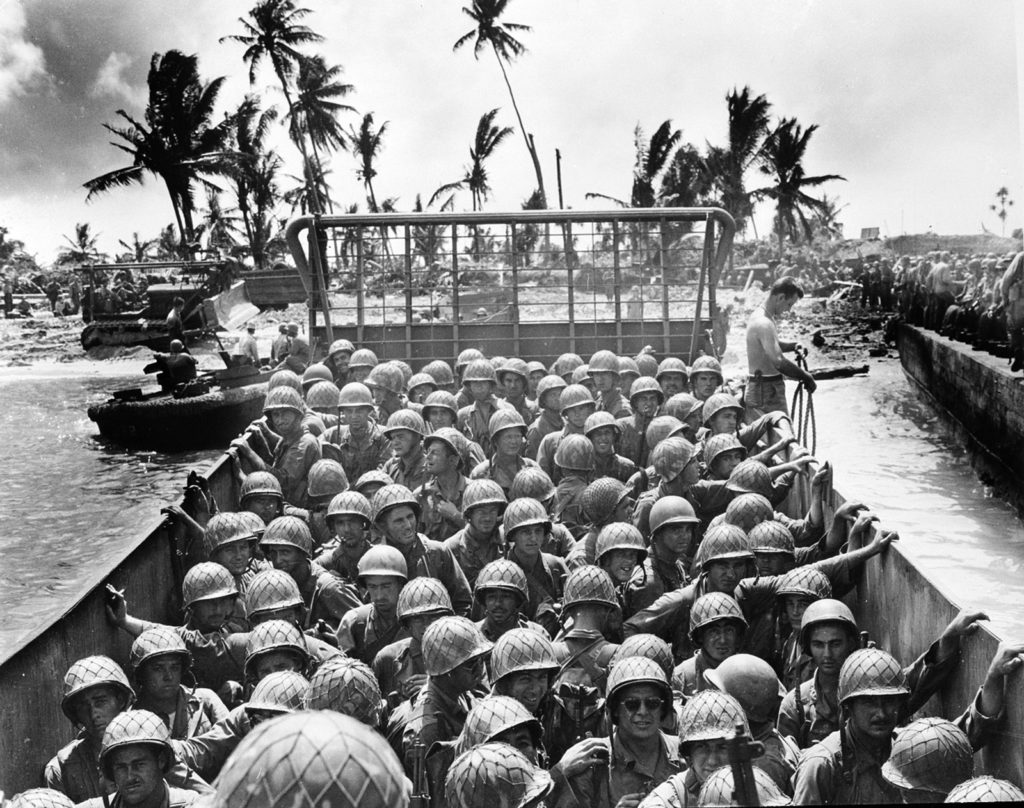 A landing craft packed with Marines approaches an island in the Kwajalein Atoll during the U.S. invasion of the Marshall Islands on March 2, 1944. Ralph Eyde and the 7th Infantry Division also took part in the difficult fighting. (U.S. Coast Guard/Associated Press)

Almost a decade ago, an Arizona man bid on the contents of a storage unit. When he opened the unit, all he found inside were boxes upon boxes of letters.

The letters were written by four brothers from Illinois — Ralph, Frank, John and Sanford Eyde — over many decades, beginning during World War II. Three were military men and one was a civilian.

The man who found the correspondence held onto the letters for years before contacting a reporter at The Washington Post about them. That reporter, national security writer Dan Lamothe, then did the most logical thing with the letters — he turned them into a podcast called Letters From War.

In each episode, voice actors read the Eydes’ letters. But not just any voice actors — all the voicing in the podcast is done by military veterans. So the letters resonate differently for them and you can hear it in the show.

This is just one segment from the whole show! Click here to explore the entire episode, including interviews with Cristen Conger and Caroline Ervin, hosts of Unladylike, and comedian Nicole Byer, host of Why Won’t You Date Me?