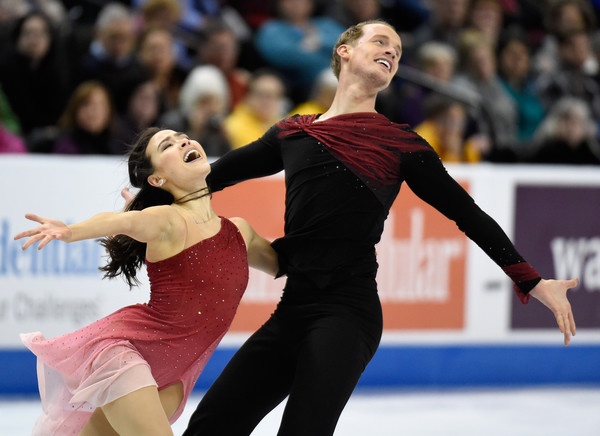 Madison Chock and Evan Bates are representing Team USA in ice dance. It’s their second time competing in the Games as a pair. They won their spot on the team this year by medaling at the U.S. Figure Skating Championships in January.

The two have been skating together since 2011. But in 2017, there was a development — Bates professed his love for Chock. Squee! The two have been dating ever since. Both say their relationship has added depth to their skating routines. If nothing else, it’s made those intimate gazes and handsy lifts less awkward.

In addition to being elite skaters and romantic partners, Chock and Bates are also big podcast fans. It’s a long flight to South Korea — 14 hours give or take — so there’s a lot of time to listen to podcasts.

Here’s what they recommend:

This is just one segment from an entire episode! Click here to explore the Olympics Extravaganza, including interviews with commentator Lauren Shehadi, host of The Podium, and sportswriter Dave Zirin, host of Edge of Sports.